The Law of Elder Abuse in California

In the last two decades California’s legislature has enacted special laws designed to protect those over the age of 65 from both physical and financial abuse. While the courts are still interpreting how that law will apply to specific cases, these statutes clearly give the elderly new remedies (and probably new rights) when they are abused by others. This article briefly and generally describes the remedies available under these special elder abuse statutes. Those seeking detailed guidance may wish to consult the excellent  “Guide to Elder Abuse Litigation” by Russell Balisok (Rutter Group, 2013) or, to understand how these rights will apply to an actual case, they should consult an attorney.

The California elder abuse statutes generally allow elders over the age of 65 (and other dependent adults) to recover for three types of misconduct by others: neglect and physical abuse on one hand, and financial abuse on the other. Generally, intentional or reckless neglect or abuse by a defendant must be proven before an elder can recover damages or attorney fees for physical injury caused by abuse. Financial abuse, however, is governed by different standards. Generally, an elder may recover damages and attorney fees for financial loss under the statutes if the defendant took an elder’s money or property from an elder and knew or should have known that that taking would harm that elder.

Neglect occurs when a defendant knowingly or recklessly withholds the care an elder needs.  Physical abuse is direct harmful conduct to an elder, such as the deprivation of food or water or the misuse of psychotropic medication. If (and only if) the elder’s lawyer can prove such neglect or physical abuse was the result of intentional or reckless misconduct by a defendant, then the elder abuse law provides for two important remedies that generally are not available under other laws. First, the successful elder can recover attorney fees and costs. Second, his estate can recover damages for the elder’s pain and suffering (up to a limit of $250,000 and no more) even if the elderly victim of abuse has died.

The trade off for these remedies

As a trade off for these two extraordinary remedies for abuse (attorney fees and pre-death pain and suffering damages) the elder abuse law imposes a tough burden of proof on the elder who seeks them. First, in order to prove liability, the elder must show the defendant’s neglect or physical abuse was reckless or committed with oppression, fraud or malice. In other words, it’s not enough that a defendant’s conduct was negligent. Instead, the defendant’s conduct must be found to be either reckless or intentional. Second, the elder must prove the existence of this misconduct by clear and convincing evidence – which is a higher form of proof than that required in most personal injury cases in other civil actions. Finally, in order to hold an employer liable for elder abuse, it’s not enough to show the employees responsible for the abuse were acting within the course of their employment. Rather, the abused elder must show that the employer either authorized or ratified the employee’s reckless or intentional misconduct.

Since findings of neglect or physical abuse depend on proof of intentional or reckless misconduct, most elder abuse cases focus not only on the nature of the abuse, but why the abuse occurred.

In contrast, the statutes do not impose as high a standard for proof for financial abuse. Under California law, financial abuse occurs when any person wrongfully takes real or personal property from a person over 65. What’s wrongful? The statutes say that if a person takes such property when he or she knows or should have known that the taking would likely harm an elder, there is a presumption it is wrongful.

Thus, if elders can prove a person took their property when the taker more than likely knew or should have known it would harm them, they can prove financial abuse. There is no hightened burden of proof – if the misconduct more than likely occurred the elder can recover. The standard appears to resemble simple negligence – if the taker of property should have known the taking would harm the elder, there is liability. Recklessness or intentional misconduct, which is required to recover for physical abuse, is not necessary to prove financial abuse. In addition, an employer may be liable for the acts of employees who take property wrongfully while in the course of their employment. There is no requirement that the employer actually authorize or ratify the misconduct. And there is no limitation of damages for financial abuse –  all compensatory damages can be recovered by the elder. And the financially abused elder can recover attorney fees and the legal costs of suing the abuser if they are successful.

The range of financial activities covered by financial elder abuse are broad and include wrongful takings by caretakers, caregiver theft, fiduciary misconduct by lawyers, accountants, or investment advisors, and scams and investment advice by insurance and annuity sales persons, as well as banks and brokers. Even wrongful takings by family members or others through wrongful bequests in wills or trusts may constitute financial abuse. If any of these persons take money or property from elders when they should have known the taking would harm them, they are liable for all damages and attorney fees, and so are their employers. And if the elder can prove the taking was the product of reckless or intentional misconduct, the elder may possibly recover damages for the emotional distress caused by the taking.

The Elder Abuse statutes clearly expand the legal remedies available to abused persons over the age of 65. The California legislature in passing these laws determined that the elderly by virtue of their age are a disadvantaged class, and that cases of abuse are seldom prosecuted and few civil cases are brought due to problems of proof and lack of meaningful remedies. California’s elder abuse law was crafted by the legislature to address this problem by giving individuals who are abused an incentive to vindicate their rights. Through these individual lawsuits, that law deters abuse and protects us all. 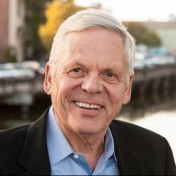